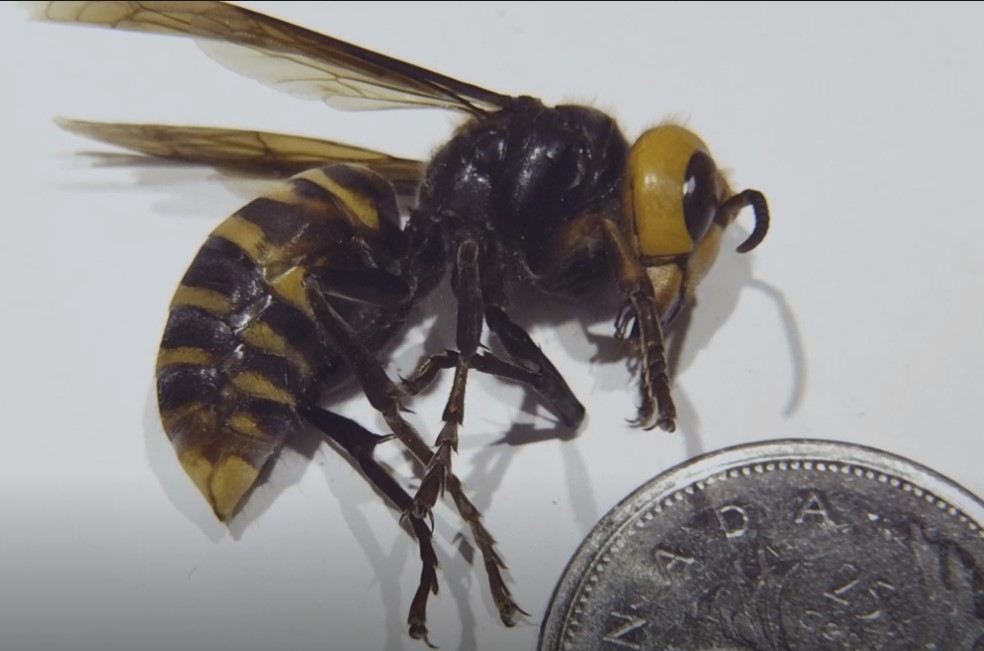 For 2021, Nanaimo Beekeeping Club members are encouraged to keep an eye out for AGHs during the months of July to September and to report any sightings to The BC Invasive Species Council. Should confirmed sightings reports occur in the Central Island area, the Nanaimo Beekeeping Club will ramp up surveillance efforts and will work closely with the BC provincial apiarist to coordinate monitoring efforts and information sharing.

Should you wish to validate a sighting report, Washington State Department of Agriculture has prepared a couple of guides to assist with this effort. These are: Identification Resources and Detecting and Responding to Falsified Submissions.

Should you wish to set up a trap, Washington State directions on traps can be found here.

Please note that  BC sighting reports should be sent to the BC Invasive Species Council.